Where Does The Wax Go When You Burn A Candle? 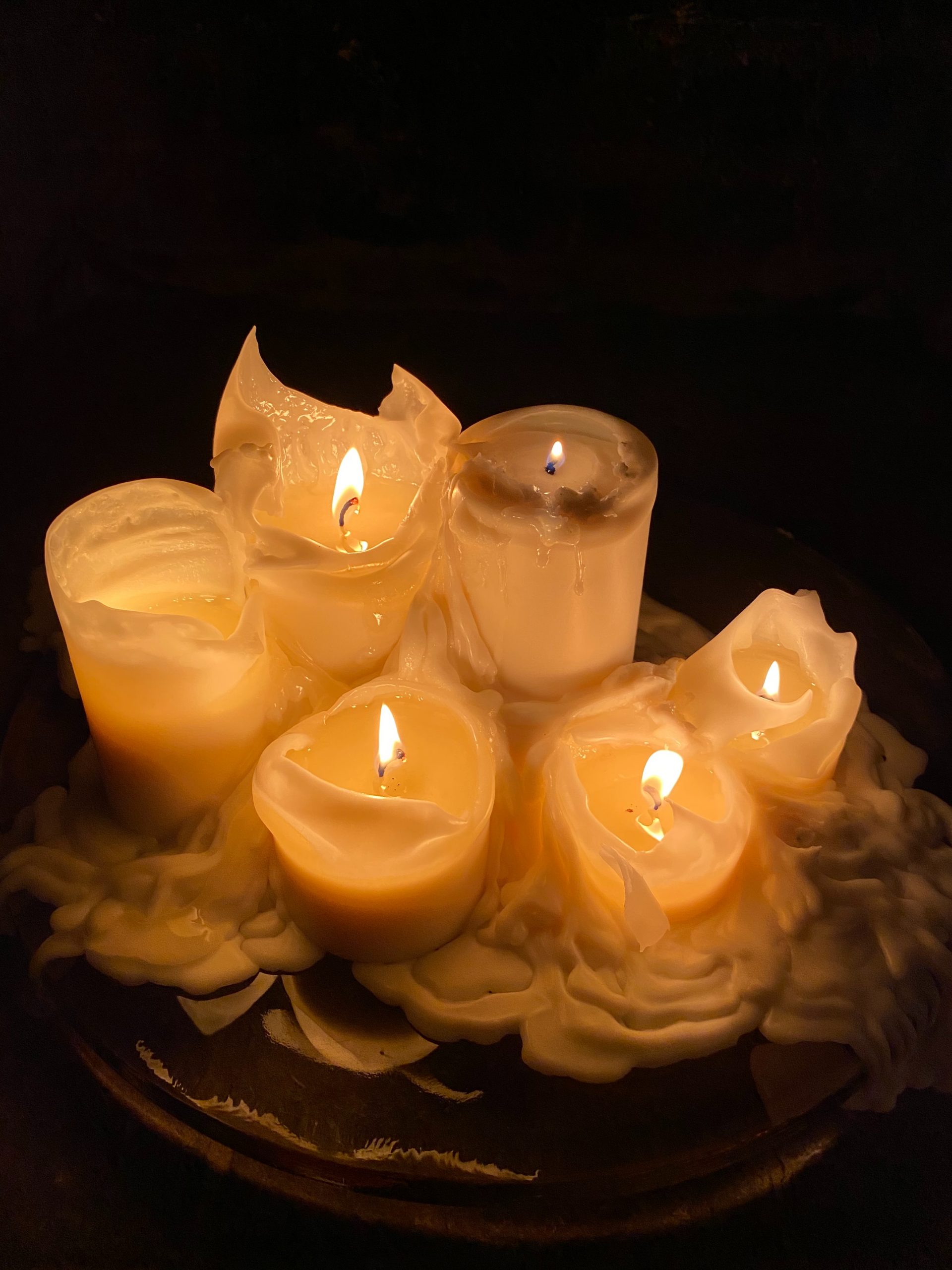 You light up a candle, see a flame, the candle burns all the way down, voila… the next thing you know, the candle is already used up.

Have you ever wondered where the wax of your candle goes after it melts?

Although this sounds like something a fifth-grader would ask, it’s actually still a mystery for some people where the wax really goes. Do wax particles just float around? Do we breathe them in? Or does it just work like magic and disappears out of our sight?!

One thing’s for sure, though. It’s definitely not crazy science. But to figure out what happens to the wax during a burn, we need to first identify what wax is made of and what it is.

Contents hide
1 What Goes In Your Wax?
2 Where Does The Wax Go?
3 Does Candle Wax Evaporate?
4 Am I Inhaling Candle Wax?!
5 What Are Some Safe Ways To Follow When Lighting A Candle?
6 Summing Up

What Goes In Your Wax?

Candle wax is the solid part of your candle. It’s the part of the candle that surrounds the wick.

It’s a carbon-rich solid that liquefies when heated. Most candle waxes are made of waxy-like stuff, including fats, oils, and substances derived from organic materials such as insects, animals, rocks, and plants.

If we look deeper (like really deeper) into candle wax, we’ll see many hydrogen and carbon molecules floating around, waiting for oxygen to come. Carbon-hydrogen atom distribution varies for each wax, affecting how a candle burns.

To simply put it, the wax is your candle’s fuel.

There’s a handful of wax choices in the market today: soy, paraffin, beeswax, coconut, palm, the list goes on.

Paraffin is the go-to easy choice since it’s relatively more affordable than the other options. But if you’re looking for a natural one, try out soy candles for a vegan and more eco-friendly alternative.

Where Does The Wax Go?

To know where exactly wax goes, let’s first have an idea of how a candle burns thanks to this thing we call: combustion.

Combustion happens when a substance reacts with oxygen resulting in heat and light. In this context, the flame would be the heat and light from the candle.

Remember how we said that wax contains hydrocarbons? Well, those actually help a lot in the process.

The heat from the flame allows the combustible candle wax to liquefy, which creates a hot pool of liquid wax around the wick.

While the flame sustains the wax to melt, some liquid wax starts to travel up and soak the wick. Once it does, the flame’s heat eventually vaporizes the liquid wax containing hydrocarbons.

These hydrocarbons, which dissociate into smaller molecules of hydrogen and carbon, react with the oxygen in the surrounding air to finally form carbon dioxide and water vapor. Most of which end up as gases that “disappear” in the air.

Once a candle is lit, and wax melts, hydrocarbons in your candle wax react with nearby oxygen when combusted, forming carbon dioxide and water vapor.

Complete combustion of candles (when done correctly) allows every wax molecule to react with oxygen. Usually, if candles don’t burn evenly, a tiny part of the candle will become smoke or soot.

So, that should answer your question about where wax goes. Most of a candle’s wax actually evaporates in the air. Contrary to what some would say that it just… magically goes away. It doesn’t!

Science backs this up, by the way. Try looking up the Law of Conservation of Matter to see what we’re talking about.

However, one of the substances we mentioned might ring a bell to you. Aside from the gas, we give off when breathing, you often hear this notorious gas in climate change movements.

It can be pretty alarming to hear carbon dioxide as one of the things produced by burning candles. But the amounts are so small that it doesn’t pose any health threat.

Yes, wax evaporates in the air.

Any type of wax evaporates after breaking down into smaller components, regardless of the material— soy, paraffin, beeswax. All candle waxes evaporate.

Heads up on the compounds they evaporate into, though. When burning, certain waxes can evaporate into small amounts of nasty chemicals, like paraffin wax which gives off traces of volatile organic compounds.

Again, these concentrations are so low that they don’t pose a health risk.

Am I Inhaling Candle Wax?!

Candle wax burns and dissociates into carbon dioxide and water, which evaporate in the air. But that doesn’t mean you’re breathing in candle wax!

It’s better to say that you’re only breathing the stuff candle wax separates into when it burns. Technically, these things aren’t harmful either.

Both carbon dioxide and water are always in the air we breathe in, so that shouldn’t be too alarming. However, if you’re burning a candle in a room, the amount of these substances in the air would naturally increase more than the usual small amounts.

Large amounts of carbon dioxide can be dangerous when inhaled. But isn’t that nearly impossible with a candle?

You will be safe unless you light an absurd number of candles in a closed non-ventilated space.

To be super safe, ensure a safe and clean flame, maintain your candles, and don’t light candles in closed spaces.

But, if you don’t feel well while burning your candle – it’s best to promptly seek medical attention.

What Are Some Safe Ways To Follow When Lighting A Candle?

Stop the problem before it even happens! Before worrying about toxic fumes and such, here are some tips we shortlisted for a safe experience:

It’s time to get rid of that wrong belief you got fooled with when you were a kid. Candle wax doesn’t just magically disappear.

Now you know the science behind how it happens!

So the next time you light a candle, maybe you can tell one of your friends about the cool science behind it. Don’t forget to relay some safe candle handling tips, too!

« The Why, When And How Of Trimming Your Candle Wick

Hi! I'm Adriana. I'm a bit of a home body and I love decorating and fixing things around the house. One of my passions is everything to do with candles!

No comments to show.